Edtech, fintech, healthtech, sextech – maybe we’re all a bit teched out. A communal eye-roll heaves across the internet at the mere mention of “disruption”. ‘Here they go again. Making a bold claim.’

And perhaps those fatigued readers are right. Because disruption doesn’t happen overnight.

We don’t always know we want it until we can see it.

It’s 1998 and you’re at your desk. You dig out a cheque book, find a pen, an envelope, and unearth the mailing address to send off for new office equipment. You’ve run out of stamps, so you go to the Post Office. There are 12 people in front of you in the queue; someone chews loudly and there’s a whiff of BO. Finally, you drop the letter into the postbox and hear it clatter to the bottom. You look up to see the post van pulling away, which puts an extra day between now and when your cheque will clear.

You spy someone in the shop next door. They’re buying office supplies too. They take out a device from their pocket and tap it against another device at the counter. Then leave with the goods.

That’s the kind of disruption you want.

But it’s the equivalent of saying now that we’ll live on Mars one day. None of us can quite imagine how we’ll get our personal belongings from one planet to the other, so we dismiss the idea and move on.

Disruptors can have a hard time explaining the benefits

I think we can all agree David Bowie’s not your average musician. And whether you like his music or not, you know it. In a countless sea of other musicians clanking, bashing and warbling their way through the music industry, he transcended to a God-like status where the whole world knows his name.

In a 1999 interview with Jeremy Paxman, he embraces it. The world wide web has landed and Bowie’s inspired: “The internet now carries the flag of being subversive and possibly rebellious, and chaotic and nihilistic,” he says.

To which Paxman replies: “What do you like about it, the fact that anyone can say anything?”

Bowie blinks for a split second.

Where he might see fireworks exploding with a huge bang, Paxman appears only to hear white noise. 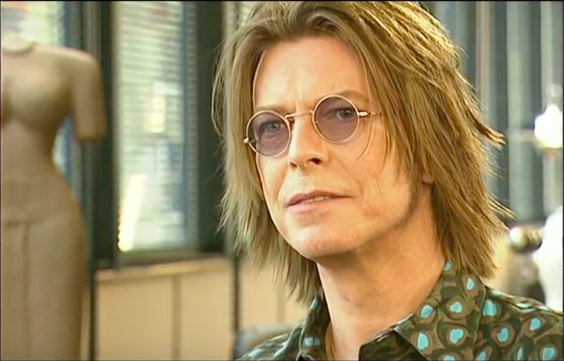 To which Bowie replies:

“I don’t think we’ve even seen the tip of the iceberg. I think the potential of what the internet is going to do to society, both good and bad, is unimaginable. The context and the state of content is going to be so different to anything we can really envisage at the moment. It’s going to crush our ideas of what mediums are all about.”

I’m sure Simon Sinek would welcome Bowie into the group he calls The Left-Siders. The people who sit off-centre. The visionaries. The “weirdos” who are ostracised and feared for their ideas because they see the world differently to the majority of people.

After Bowie’s death, Australian writer Van Badham had this to say of him:

“Those who fail to understand the magnitude of grief displayed at his passing were perhaps never the loner waiting for the Starman to talk to them, the astronaut losing touch with the earth, the rebel putting out fires with gasoline. But anyone who has ever felt that way is grieving wildly now, because the Goblin King has withdrawn into the shadows and, without him, our landscape of loners and weirdos is harder to navigate and see.”

Yet not everyone can express themselves as well as he could.

People need to venture into the future with clear leadership, not a vague promise.

Says who? They say.

People are hacked off that “disruption” is so often bandied about with such wanton ease. 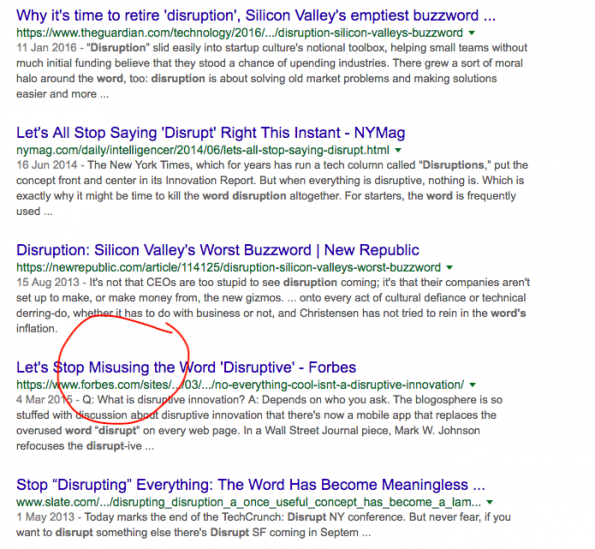 Me, I’m with Forbes on this one. It’s not bad, it’s misunderstood…

For “disruption” is just a word.

People don’t sit around in meetings talking about how disruptive they are. It’s something you do.

Nobody needs to point out you’re surrounded by water. You just are.

How you feel when you’re immersed, now that’s the key…

That rush when you dive in.
The things you see beneath the surface.
The feel of the water on your skin or how invigorated you are by the experience.

Yet we have over-used “disruption” and sullied its reputation, which is a shame. Because this pinched little word, which ruptures excitedly in the middle, is at the heart of our progress.

The truth is, if you’re working on something different, you don’t really need to talk about the disruption at all. You only need focus on the communal delight of whatever problem it solves — how much easier your product makes our lives, or how much more pleasurable it is to use your service rather than the old one.

The disruption itself will be proved in time if it’s what people want.

Take these three examples of what we desire:

Before social media, people shared photos and video via group emails — like The Hamster Song, said to be the first ever meme. People wanted to connect with friends and share a laugh, so by the time Facebook came along with the option to throw sheep at each other and have virtual snowball fights, email groups everywhere were evacuated for an easier way to congregate together. 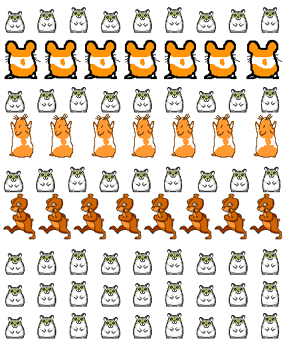 Having spent most of my teenage years begging to have a TV in my bedroom, such was its appeal, I didn’t think I’d ever see the day when I didn’t have one at all. I mean, I do have one. Kinda. But now it’s just a screen on the wall ready to receive whatever programme I choose to cast from my phone at the time I choose to watch it. People don’t want to be home when the TV Guide demands it of them anymore. They want to watch TV when it suits them, so the old viewing model has been happily rejected.

Since starting a family and then setting up in business, time has become more valuable to me than anything else. Seconds count when every day with your child feels like the hastened frame of a time-lapse video. When there is more opportunity to work than you can ever fit into an 8-hour day. I don’t want to be slowed down by antiquated systems and tired processes. I want something better.

The human impact of change

So what is the thing you really offer?

What value do people get from your powerful big idea?

Focus on the feeling…

You might not get through to everyone. And that’s okay.

It’ll be clear one day who wins the debate:

We have over-used 'disruption' and sullied its reputation, which is a shame. Because this pinched little word, which ruptures excitedly in the middle, is at the heart of our progress #tech #future Click To Tweet

Natalie is a copywriter working in AI. She’s creating an immersive exhibition experience for anyone who needs to know: better days will always come 🕯️

2 comments on “Are digital disruptors wannabes or heroes?”Add yours →

This website uses cookies to improve your experience while you navigate through the website. Out of these, the cookies that are categorized as necessary are stored on your browser as they are essential for the working of basic functionalities of the website. We also use third-party cookies that help us analyze and understand how you use this website. These cookies will be stored in your browser only with your consent. You also have the option to opt-out of these cookies. But opting out of some of these cookies may affect your browsing experience.
Necessary Always Enabled
Necessary cookies are absolutely essential for the website to function properly. This category only includes cookies that ensures basic functionalities and security features of the website. These cookies do not store any personal information.
Non-necessary
Any cookies that may not be particularly necessary for the website to function and is used specifically to collect user personal data via analytics, ads, other embedded contents are termed as non-necessary cookies. It is mandatory to procure user consent prior to running these cookies on your website.
SAVE & ACCEPT